My kids decided weeks ago that they wanted to have a medieval feast. We've been reading and learning about the middle ages over the last few months, and this seemed like a fun way to wrap up our study of this fascinating time period.

I wanted to keep it simple. No roasting a suckling pig all day or making seven courses of decorated tartlets and meat pies. Medieval lords had a staff of cooks and servants - they simply had to shell out the gold, show up, and eat all day. Me? No staff here. So simple it was. We invited some family, served some good food, and the boys put on a show - good times.

The boys had been working for days on their knight costumes. David even sewed himself a cloak. 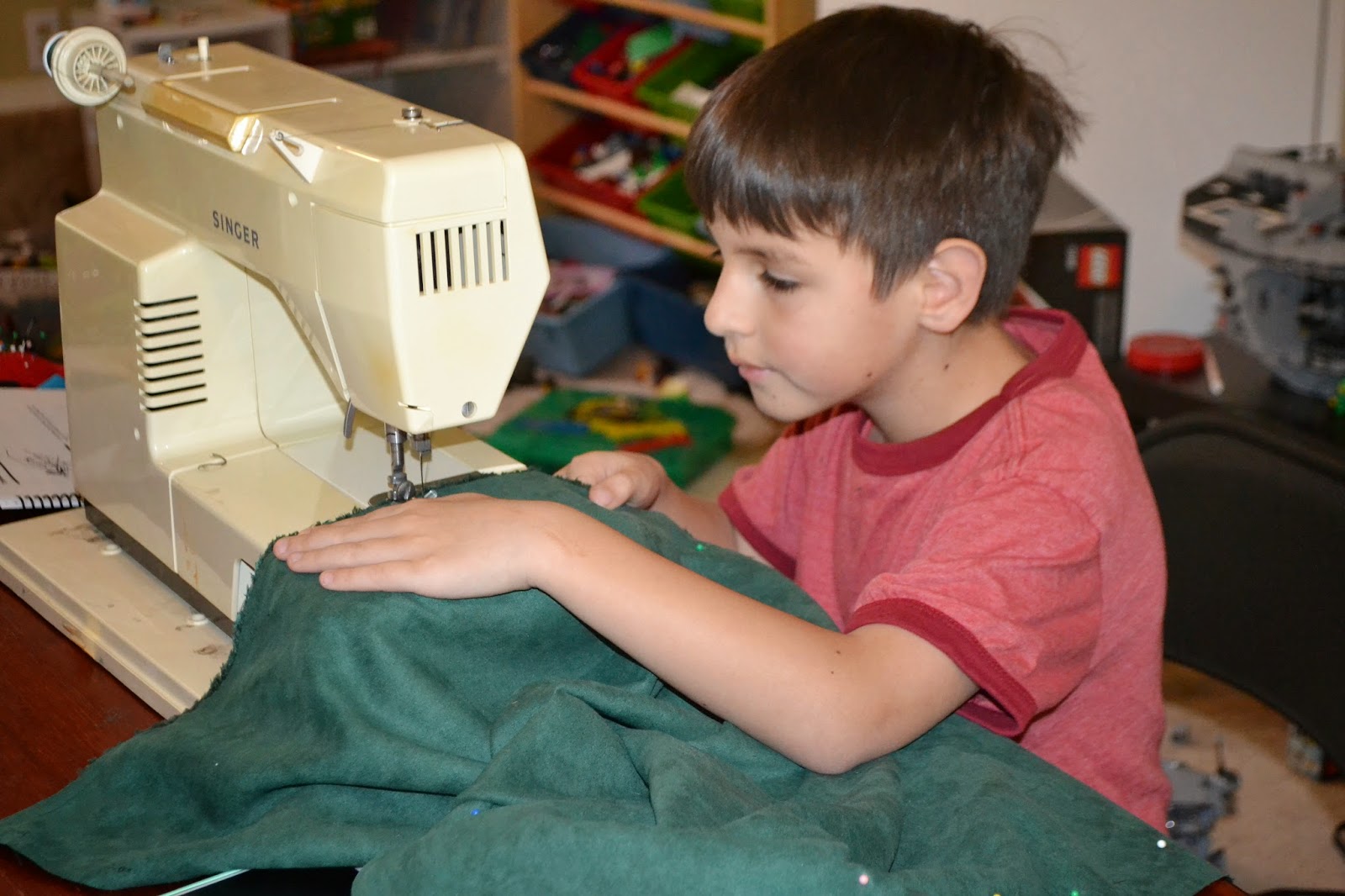 It turned out really well. They also used poster board, card stock and a lot of duct tape to make armor. Add to that their shields bearing the colors they chose and their coats of arms, and they were decked out! 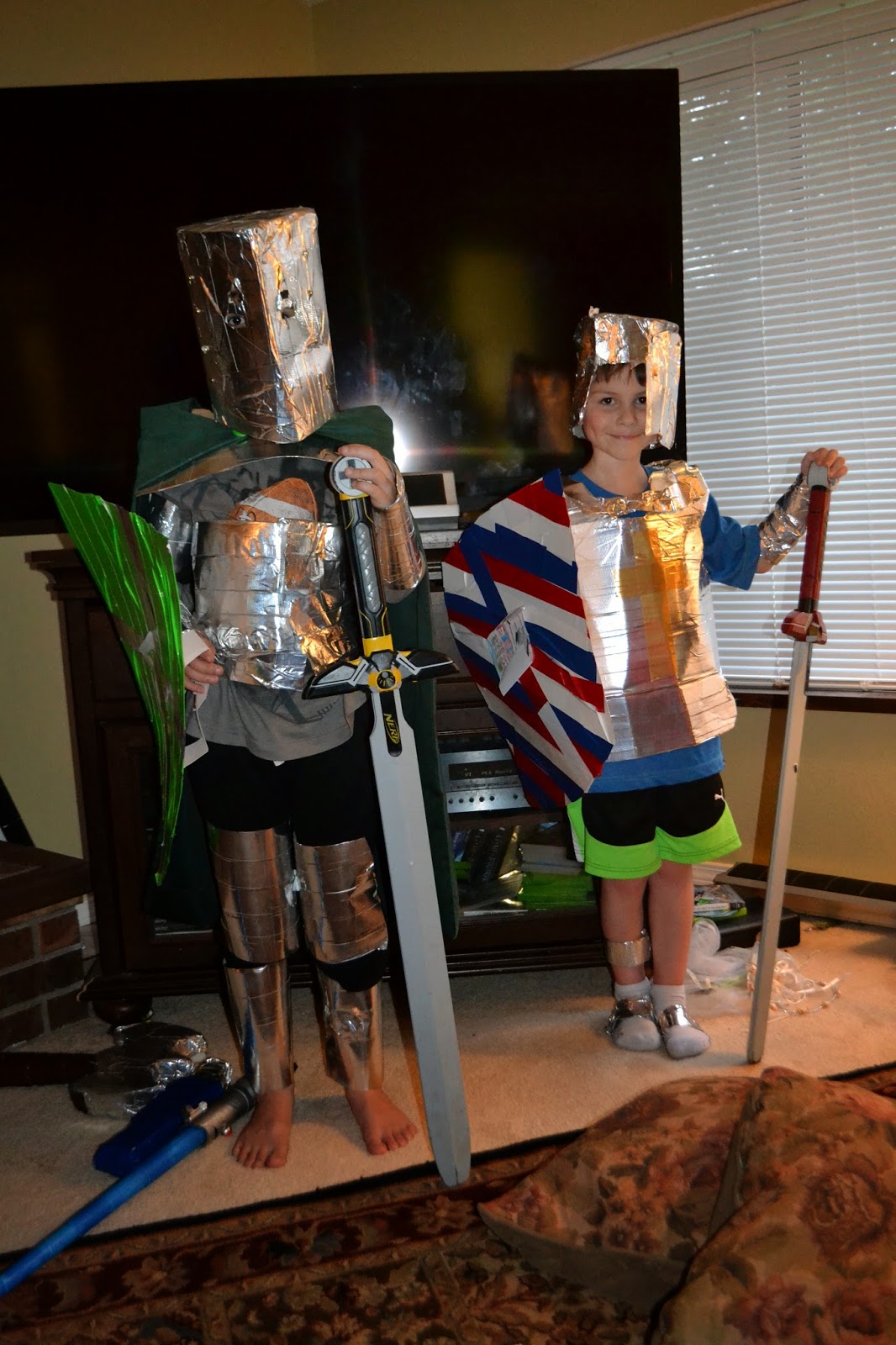 Dinner, as I said, was simple - but awesome, if I do say so myself. We had roasted turkey legs, ham (of course they had Honeybaked ham in the middle ages, duh!), soup, crusty bread, and some assorted cheese and fruit plates. It was easy to throw together, and everyone had a great meal. Since there wasn't a ton of preparation involved in making dinner, I made a couple of medieval-inspired desserts. The apple turnovers may not have been strictly authentic, but pastries with fruit filling were common at feasts; and they were delicious, thanks to my amazing Grandma's apple pie recipe. I also made some lemon cakes, which were somewhat authentic, although made with modern ingredients. And they were good - really good. Seriously, go make some.

We had medieval harp music on in the background (thank you Spotify). We said it was a minstrel in the corner, certainly not a cell phone hooked up to a set of speakers. The kids also made some decorations to make our feast more medieval.

After dinner, the two Prince Knights did battle in the arena! I wish my camera had not chosen that moment to run out of batteries, but I did get part of their tournament. It was a lot of fun. They wound up calling it a draw at the end, hugging and bowing to each other. Seriously, these kids are ridiculous. I love them. (And I can't get the video to upload here, but here's a picture of the beginning of their battle.) 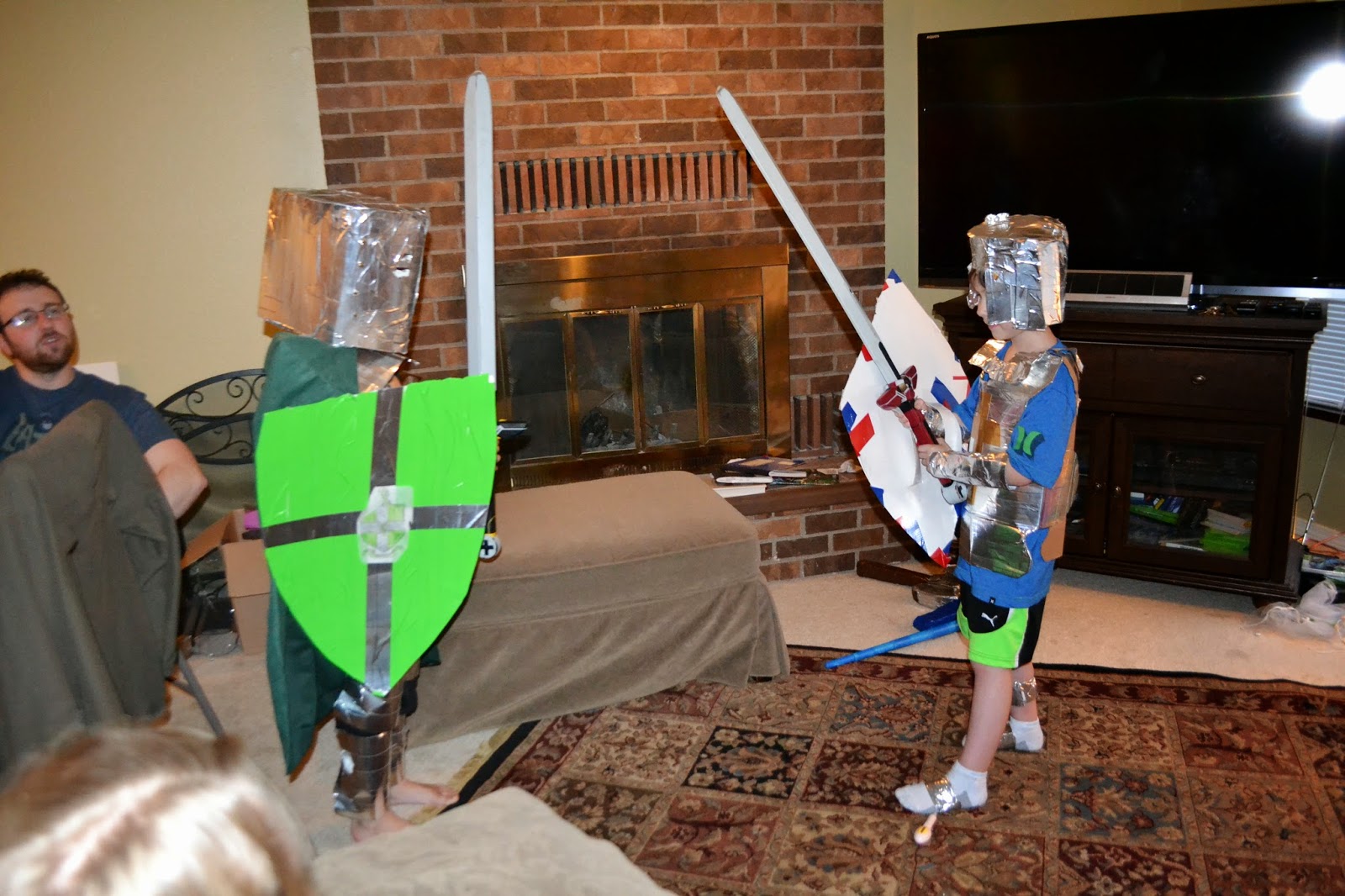 It was a great evening. We enjoy any excuse to invite family and friends to eat lots of good food, so this was right up our alley. And keeping it simple meant it wasn't a source of stress or tons of work for me (which can definitely happen when my kids have ambitious ideas). Maybe we'll have some fun and do a big meal from other time periods we study.